7 Reasons a conduct rule could be invalid – Jennifer Paddock 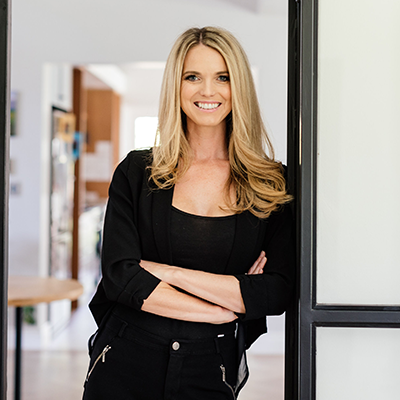 In our consulting practice, an issue that pops up time and again is the validity of scheme conduct rules.

A client came to us recently because he had been refused trustee permission to install an air conditioning unit in his section and affix an exterior condenser unit to a small area of common property outside his section. The trustees had cited a scheme conduct rule that prohibited the installation of air conditioners with exterior condenser units as the basis for their refusal. The client, who had received approval and installed the exact same air conditioner in a section he owned in another scheme, was surprised. Questioning the validity of the rule, he sought our opinion on the matter.

When I receive an instruction like this questioning the validity of a conduct rule, I go through a mental checklist of seven issues that could potentially render the rule invalid to see whether any apply to the case at hand. In this article, I share this list with you. It may come in handy if you come across a conduct rule you particularly dislike!

If the developer or body corporate of a scheme wants to substitute, add to, amend or repeal the conduct rules contained in Annexure 2 to the Regulations made under the Sectional Titles Schemes Management Act 8 of 2011 (“the STSM Act”), it can do so by following the requirements set out in section 10(2)(b) and 10(5) of the STSM Act.

These requirements include, in the case of the body corporate, that a special resolution is taken to approve any changes to the prescribed conduct rules. And, in the case of both the developer and the body corporate, that a ‘section 10 certificate’ from the Community Schemes Ombud Service (“CSOS”) be obtained, which is a CSOS certificate approving the changes.

If the requisite consensus levels for a special resolution were not actually attained or the required section 10 certificate was not obtained, then there would be a defect in the process of making the conduct rule that would invalidate it, making it legally unenforceable until such error was remedied.

The proviso to section 10(2)(b) of the STSM Act provides that conduct rules may not be irreconcilable with any prescribed management rule.

3. Contrary to another Law:

Although scheme rules, including conduct rules, must be interpreted as laws made by and for the body corporate of the scheme, they cannot be contrary to other laws that supersede them in the complex legal framework that makes up South African law.

Examples of such other laws include the Constitution of the Republic of South Africa Act No. 108 of 1996, the Sectional Titles Act 95 of 1986, the STSM Act, the Community Schemes Ombud Service Act 9 of 2011, municipal by-laws, case law and common law, and any other relevant or applicable legislation.

4. Unreasonable, Unequal Application, or Inappropriate for the Scheme:

Section 10(3) of the STSM Act requires conduct rules to be reasonable and apply equally to all owners of units. Section 10(5)(b) of the STSM Act requires that the chief ombud must not approve any proposed substitution, addition, amendment or repeal of a scheme’s conduct rules unless he or she is satisfied that such change is reasonable and appropriate for the scheme.

Reasonableness requires that, in the particular circumstances of the scheme and members of the body corporate, the conduct rule must be necessary, not be excessively wide in its scope, be based on good reasons, and operate so as to promote the best interests of the sectional community.

The requirement that the chief ombud must not approve any rule for filing unless he or she is satisfied that it is reasonable and “appropriate to the scheme” implies that the conduct rule must be suitable for the scheme and fair in the circumstances.

In light of these requirements, if a conduct rule is unreasonable (which is an article topic in and of itself!), or if it arbitrarily or unfairly discriminates against certain owners without serving a legitimate body corporate purpose, or if the conduct rule is not reasonable and appropriate for the scheme in the chief ombud’s view, the conduct rule is invalid and unenforceable.

The content of the conduct rules is limited by section 10(2) of the STSM Act to the internal administration of the scheme. As such, any conduct rule that purports to manage or regulate matters falling outside the scope of the ‘regulation, management, administration, use and enjoyment of sections and common property’ will be outside the scope of the scheme rules and therefore be invalid and unenforceable.

For example, a conduct rule attempting to control the behaviour of body corporate members while outside the scheme would be out of scope.

The CSOS has identified a number of rules that it regards as ‘undesirable’ and which must be removed from proposed scheme rules on the basis of non-compliance. These include unreasonable fining / penalty rules, rules prohibiting the slaughtering of animals, rules providing that only a certain estate agent may be used to let or sell units in the scheme and so on.

If the conduct rule in question falls into one of the undesirable rule categories (a full list of which can be found in Annexure A to Version 4 of the CSOS’ Practice Directive on the Amendment to Circular on Lodgement of Sectional Title Scheme Rules in terms of the STSMA), it would be invalid and unenforceable. In practice, it would make sense for a body corporate to amend or remove any such conduct rule by special resolution and have a revised set of rules approved by the CSOS, so that the rules it provides to owners and occupiers do not include undesirable rules.

The doctrine that a law may be abrogated by disuse is well established in our law. This means that despite a law (or in our case, a conduct rule) being included in a scheme’s schedule of conduct rules, it has in practice been disregarded because it has not been enforced and/or the members of the community have been condoning non-compliance with the rule for an extended period.

For example, if there is a conduct rule in place that only allows small dogs to be kept in the scheme with trustee approval, but a number of owners have received trustee approval to keep great danes, it is arguable that at least the size limitation, if not the whole of the conduct rule regulating pets has been abrogated by disuse and is therefore invalid and unenforceable.

If you believe that a conduct rule in your scheme is invalid or unenforceable based on one of the above reasons, we can assist trustees in drafting suitable amendments or owners in making an application to CSOS for an order declaring the conduct rule invalid. If you would like a no obligation fixed fee quote, please email us at: consulting@paddocks.co.za

Jennifer Paddock is a dual-qualified lawyer with experience working as a strata title managing agent and solicitor in New South Wales. Prior to this, she served as a specialist sectional title attorney and practice manager at Paddocks for five and a half years. She brings a wealth of knowledge and expertise to the Paddocks team. Contact her at consulting@paddocks.co.za.

This article is published under the Creative Commons Attribution license.

In a consulting matter I dealt with this month, the trustees of a scheme were   >> Read more