Additional water charges: What if you live in a sectional title scheme?

Still in the throes of the drought, many households in the Western Cape have had to adjust the way they use and save water, but this gets more complicated in sectional title property schemes.

Mandi Hanekom, Operations Manager at sectional title finance company, Propell, says it is not easy to implement greywater systems for multiple users and it’s also difficult to monitor water usage accurately if there are no separate water meters. 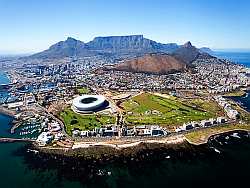 Many will already know that water in the Cape has been billed on a sliding tariff – the more you use, the higher the price becomes in each bracket of usage.

Discussions about a drought charge are underway, the implementation of which will mean that many households will have to adjust to paying an additional amount each month, which will be based on the value of the property being billed. This is in addition to the usual monthly water and sewerage charges.

Many will already know that water in the Cape has been billed on a sliding tariff – the more you use, the higher the price becomes in each bracket of usage – since the more serious water restrictions have been implemented. The costs per kilolitre since July 2017 have varied between R4.56 per kilolitre (for the first 6 kilolitres) to as high as R302.24 per kilolitre if the household uses over 50 kilolitres for the month.

What seems unfair to many in sectional title schemes without separate billing, is that the ones that do all they can to save water or are not in residence for much of the year, end up subsidising those who do use a lot of water each month.

In schemes where there are no prepaid or separate water meters, each unit’s water charge is based on their participation quota, and not on usage, says Hanekom.

The additional drought charge each month will not be charged to properties under R400 000 and will vary from R45 for a property valued at R800 000, R60 for a R1 million property, and so on. The highest amount levied will be R2 800 for properties valued R50 million and above.

Body corporates should consider converting their water metering systems to separate meters, if the owners agree and there is enough funding available, as this would make the collection of fees easy to manage as well as keep the amounts billed fair.

In terms of sectional title legislation, a special resolution by the members of a body corporate is required before a body corporate may install separate pre-payment meters on the common property to control the supply of water or electricity to a section or exclusive use area All members and occupants of sections must be given at least 60 days’ notice of the proposed resolution with details of all costs associated with the installation of the prepayment system and its estimated effect on the cost of services over the next three years.

Body corporates are also responsible for ensuring that prepayment systems do not infringe on the constitutional rights of section occupants’ access to basic services.

Water shortages and drought are not limited to one area in South Africa and other provinces have been through their fair share of having to restrict usage or penalise abusers, and sectional title scheme occupants in general could all benefit from having separate billing for units to make the collection of amounts due easier and more accurate, says Hanekom.