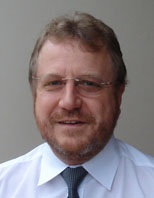 In an interesting discussion in Paddock’s Club recently, the question was raised: May trustees allow or give permission to owners and/or tenants to work from home?

Professor Paddock suggested that it is beyond the trustees’ powers under the Sectional Titles Schemes Management Act to allow or give permission to owners or tenants. However, when the government, acting under the Disaster Management Act, specifically tells people to work from home if possible, as it does in the Disaster Management regulations, perhaps one cannot interfere if a resident works from home without causing undue nuisance to other residents.

With this in mind, one needs to look at the insurance implications. While insurers are being more flexible with regard to lockdown regulations as we move out of hard lockdown towards normalization, will owners and residents suddenly change the activities they have become used to performing from home? Not necessarily, and certainly not in the foreseeable future. Notwithstanding that economic and business activity restrictions are being lifted, most people have adapted to the “new normal” and will probably not change the way they conduct business from now on.

From an insurance underwriting point of view, in a normal residential complex, insurers have assumed only a residential risk. This means that they expect that sections (primary sections in particular) are being used as residences and occupied accordingly. They are also entitled to expect that garages will be used to park motor vehicles and that store rooms will be used to store surplus items of furniture, winter clothes, underutilized gym equipment and so on.

When a risk changes, the insurer should be advised in writing. This is a specific requirement under policies (Alteration of risk clause) and most policy wordings refer specifically to the change of the use or occupation of buildings.

Normal home office activity, for instance, an accountant and his son doing books from a room in a flat, or a business owner doing administrative work on his laptop at home, certainly does not increase the insurer’s risk. However, a hairdresser who converts a living area into a salon, has clients in and out and stores inflammable hair products may well be considered to increase the insurer’s risk. Bear in mind, it is not only the fire risks, but any other potential liability risk arising from the changed use.

Much of this is common sense. Portfolio managers and trustees should simply advise their insurers/insurance brokers of any perceived or possible higher risk and let the insurer respond and/or advise further. We are also recommending that all community schemes revisit their disclaimer boards. Some disclaimers have become obsolete in terms of the Consumer Protection Act.

Now is a good time to do some housekeeping in this regard. An insurer may seek increased premiums for these risks, or might even exclude cover in certain respects. However, if the insurer is not advised of the use change that increases the level of risk, the body corporate risks the rejection of an insurance claim.

This article is published under the Creative Commons Attribution license.